There’s magic everywhere. you just have to be ready to hear it. 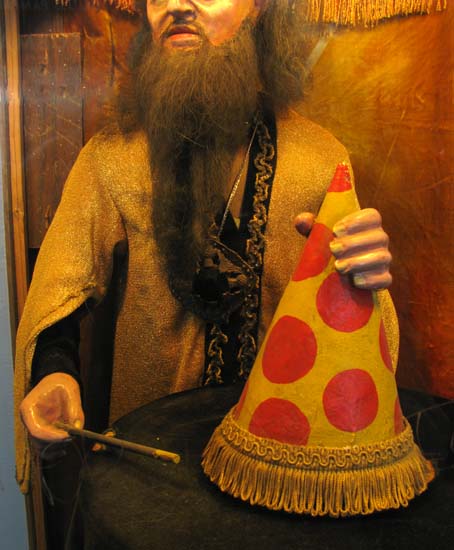 Another great stop in San Francisco, just a stone’s throw from Fisherman’s Wharf and the Maritime Museum is The Musee Mechanique.

It used to be located on the ground floor of Cliff House, at the north end of Ocean Beach in S.F.

There were windows on the west-facing wall, that light the place up, it’s only the same lighting once a year.

Here’s one of my favorite shots from this place: 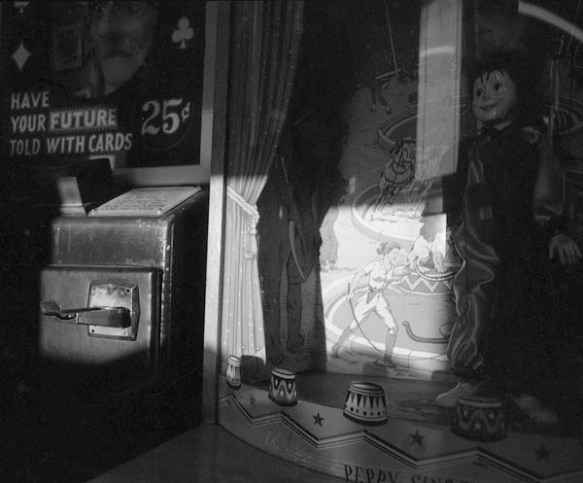 It was tight, crowded, smelly.. and a photographer’s delight. It has since moved to Fisherman’s Wharf, in a much ‘nicer’ place that lacks the charm it had before. I remember Atlantic city – in NJ, …and Ocean Beach, Maryland. They both had that down and dirty charm. At least they 40 years ago when I visited.

Visit it in the new location, it’s still a hoot – you’ll be glad you did. It’s a barrel of laughs. 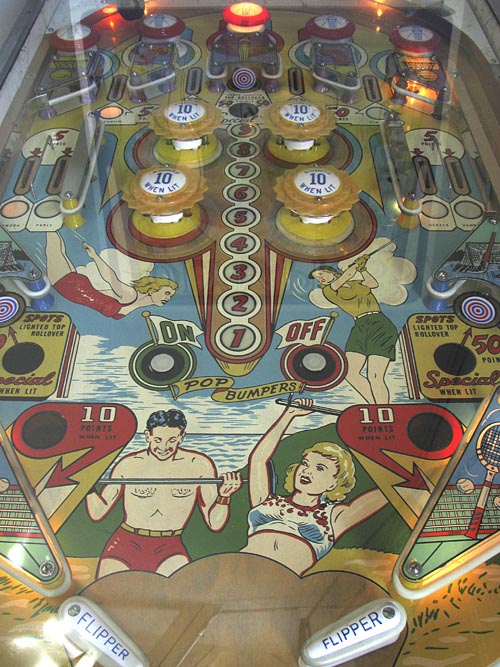 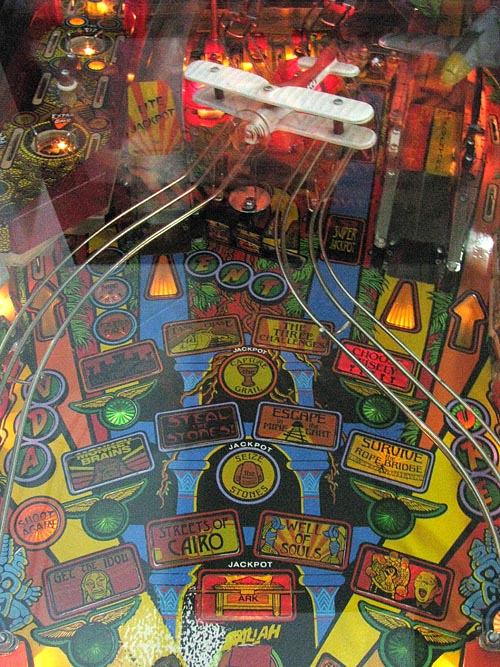 And some fortune telling, too 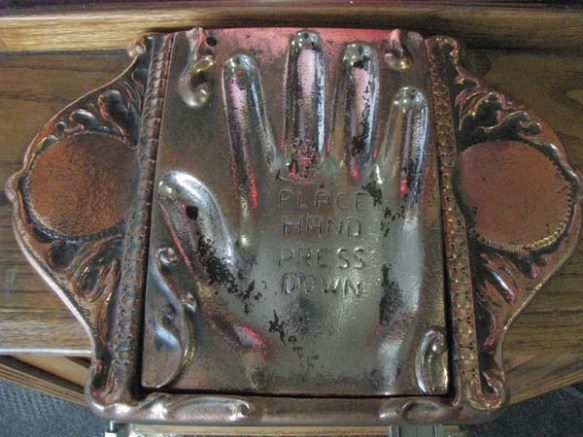 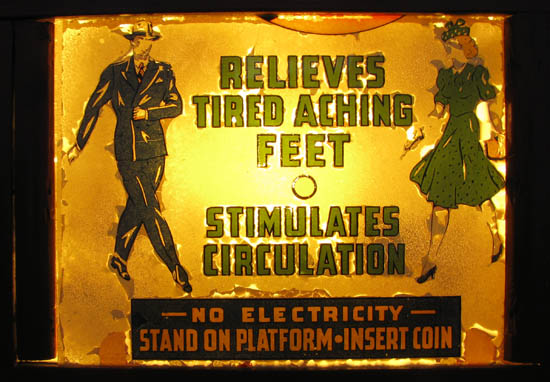 Some time ago, SF boasted a marvelous array of wild and crazy fun: 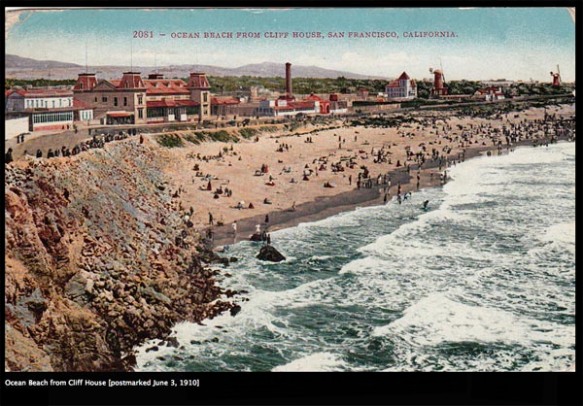 What did i do in the darkroom with the negs i have taken at the old location? 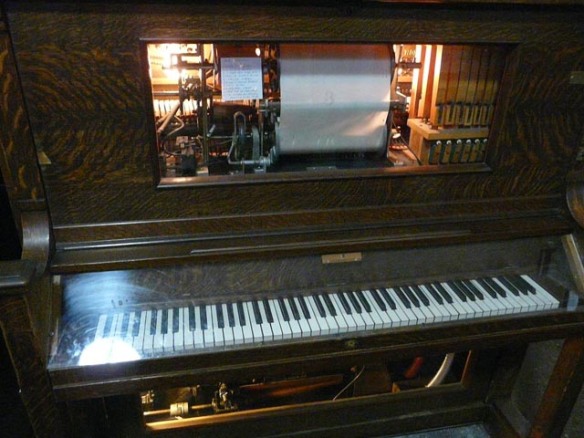 Here’s what i did with an old player piano (above) that was there: 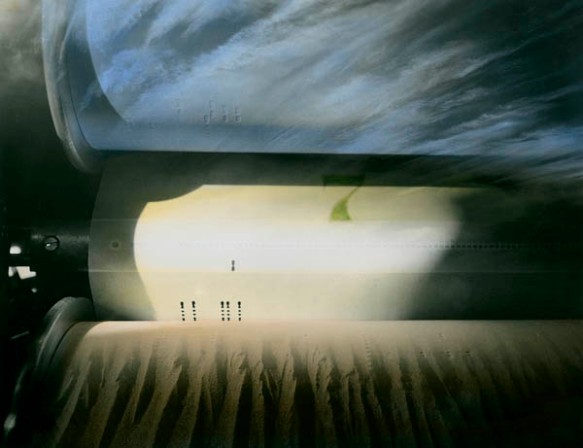 I am not sure if the clouds are recorded, and replayed as sand, or vice versa.

Does it really matter? They are both intertwined.

“The player piano (also known as pianola) is a self-playing piano, containing a pneumatic or electro-mechanical mechanism that operates the piano action via pre-programmed music recorded on perforated paper, or in rare instances, metallic rolls………”

So what did i do with the card dealer? 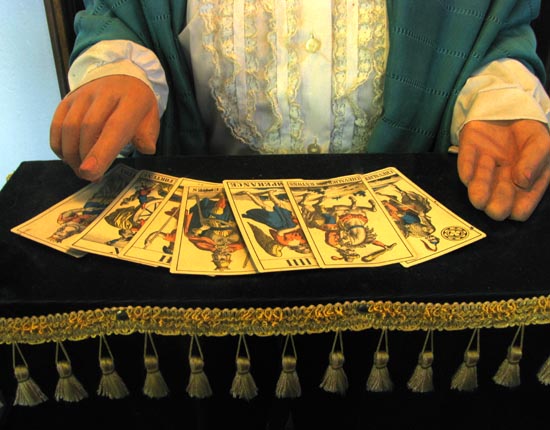 I guess i turned it into some kind of existential statement – life is a draw of the cards, it throws you out into a vast raw landscape, deal with it as best you can. 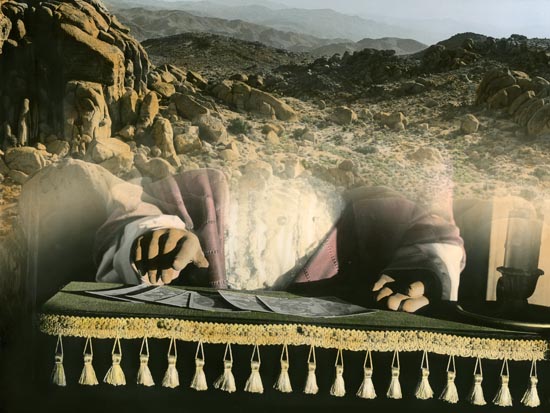 It used to be people came up with their own entertainment, or enjoyed performances on acoustic instruments, or plays in a theatre (think – ‘Shakespeare’).

It probably goes back to prehistoric humans gathered around a fire, once food had satiated them, but they were not ready to fall asleep, and staring into the flames wasn’t quite enough ( though there are times when it IS quite enough…) they must have started to amuse themselves… stories, chants, wishes, thoughts.

Perhaps this is when music started? – a crude drum, a rythym created.

This how the blues music came about – some down on their luck black people had a guitar, sittin’ out on the porch, & wedded it with the chants they sang in the fields.

(google “Robert Johnson” if you need some help on that one)

And soon some guys turned it into ‘rock and roll’.

How times have changed.

You read this on a computer/digital device. You have millions of entertainment options.

Are they any more fulfilling than banging on a drum? Singing a song to yourself??